When I was growing up I can remember family members talking about NATIONAL cars and NASH cars. I thought NASH was short for NATIONAL. Eventually, I learned they were very distinct cars with different histories. NATIONAL started in 1900 as an electric car company. NASH was built in Kenosha, Wisconsin.

My Great-Grandfather Charles E. Test came to NATIONAL with Arthur C. Newby. CET and Newby were business partners in the Indianapolis Chain and Stamping Company, aka Indianapolis Chain Works. Newby was nine years younger than CET. I presume that they met while working at Nordyke & Marmon in Indianapolis.

They were very successful making bicycle chain. Previous to the 1890s, most bicycle chain came from England. In the late 19th Century bicycles were all the rage. By manufacturing a superior chain in America the Indianapolis Chain Works was able to supply a large part of the American bicycle chain market, maybe 60% of it.

By 1899 seeing the bicycle craze cooling the two looked to sell the bicycle chain business and find a new investment. Automobiles were the next BIG THING and Indianapolis, Indiana was well positioned to be a major automobile-manufacturing city. On September 1, 1899 Test and Newby sold the Indianapolis Chain and Stamping Company to the American Bicycle Company.

The National Vehicle Co and Western Storage Battery Co was created in 1900. According to the Standard Catalog of American Cars 1805-1942, “The firm was founded by LS Dow and Phillip Goetz, formerly of the Waverly Branch of the American Bicycle Company, who had built their first experimental electric in 1900.” CET and AC Newby were two of seven original incorporators. The 1902 Indianapolis Polk City Directory lists CET as the President of the company.

Both the Indianapolis Motor Speedway and the Indiana Historical Society offer reasonably priced 8x10 Black & White Glossy photographs from original negatives. If you like an image in their collection, buy the real thing. The quality is a lot better. 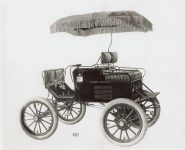 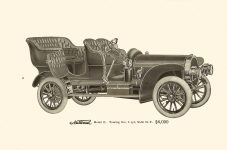 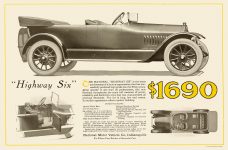 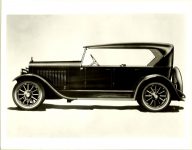 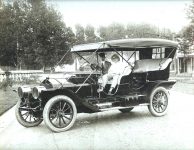 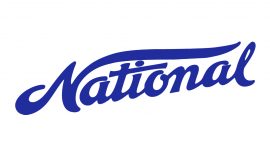 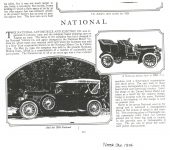